Feluda started getting to know Darjeeling with his book ‘Darjeeling Jamjamat’. Like Topas, I also learned from Feluda that Curio is an old rare thing. Then I got Darjeeling and Kanchenjunga in many more ways including Anjan Dutt’s songs. Therefore, for the first time in 2016, Darjeeling has not been chosen for the tour of India, excluding the alluring hill stations like OT, Shimla and Mussoorie. I want to hear that travel experience.
One morning in early December. After an overnight train journey, I boarded a shared jeep from New Jalpaiguri station to Darjeeling. Me, Poonam, my mother-in-law and Muna Khalamani are sitting in the middle four seats. Wafika touches Poonam’s lap three times. An hour after the start of the journey, we had coffee at a restaurant on the hillside, and Wafika’s chips were gone.
The rise began. The drivers here seem to be brothers to the drivers of the moon cars heading towards our Sajek or Nilgiris. Blows away, does not notice anywhere. The path is narrow. There are two cars at the time. The driver avoided a collision with a jeep on the opposite side for a while. Others are scared, but I do not have Wafika Heldol!
Occasionally there are houses on the hill, jeeps passing by them. I heard a lot of stories about Karshiang, seeing the scenery in a few pictures, I became very interested in the place. I heard that Kanchenjunga was seen on a clear day from there. The climate of the city, which is 1500 meters high, 32 kilometers away from Darjeeling, is also pleasant. There are also a few old caves. However, it did not stop in Karshiang.
After a while the problem started, which I was worried about, Wafika’s vomiting. When he came to sleep, the situation became so bad that he was hiccuping and vomiting due to lack of water. Meanwhile, the driver bothered to stop the jeep for us again and again. Poonam saw Wafika’s condition and told her to go to a hotel here. Those who are not familiar with Darjeeling are probably starting to have a problem. Ghum is the highest railway station in India at an altitude of over 2200 meters.
Somehow we reached Darjeeling after crossing the remaining few kilometers. As soon as I got out of the car, I felt cold from all around, although I had dropped thick clothes in the car. Wafika was quite happy to see that the mind was happy.
The hotel was not fixed, I came here, the rest of the group stood in front of a shop and checked a little, rented a room at Garuda Hotel. Kanchenjunga can be seen from the roof of the hotel on the side of the road. Near the mall. The fifteen-rupee room has two large beds as well as a sofa. I set off for the mall just before sunset. The road goes up.
For those who don’t know, this mall is an open space. You can say it has become a symbol of Darjeeling. Just before reaching the destination, Motasota meets a smiling happy woman on the side of the road, selling vegetables and chicken momos in two separate hot pots. I swallowed Momo in amazement, very tasty, for the first time I fell in love with Momo in Darjeeling, Maya Wafikao.
I have read the description of the mall many times and even seen it in the movies. This time I saw with my own eyes, four paths have come and become one here. On one side there are quirios, restaurants, tea stalls. There is seating on one side of the courtyard. Kanchenjunga is often seen in the morning from the mall. But the next day we set off for Tiger Hill to see Kanchenjunga. Wafika was no longer with my mother-in-law. Wafika woke up at night and vomited a little again, I was worried, isn’t there any problem with height?
So leave him alone. My mother-in-law also accepted the sacrifice thinking of her grandson.

I rented a car. The distance from the city to Tiger Hill is eleven kilometers. I already knew it was the highest point in Darjeeling. The height from sea level is 2563 meters. I went out in the dark. It took forty minutes to reach the top of the hill. I got out of the car and had to walk some distance. Barry is eating his teeth in the cold. I am walking along the hilly road in the dark with my hands in my pockets. I have started breathing a little. But when I got to the top of the hill, I saw that I had adapted, the people around were crowded. I also got to see a Bangladeshi tourist group.
It is difficult to find a good place in the crowd. Although there were no scattering of clouds at the beginning, before the sky started to turn pale, all the clouds around, especially on the right, began to cover the real mountains. I can’t say after how long, suddenly someone’s scream went straight to the front. A high mountain, a white hat on his head, and a golden color in the raw sun of the sun can be seen on the horizon as the gap between the clouds melts. Kanchenjunga. Fifteen minutes I saw his face with unblinking eyes. However, the strangely beautiful hill was just a veil on one side in front of us.
With the information, until 1852, it was thought to be the highest peak in the world. However, it was later confirmed that the position of Kanchenjunga, which is 856 meters high, is at three. I heard from Tiger Hill that Mount Everest, Makalu and a few other mountains of eight thousand meters can be seen. However, they did not meet today. My fortune is that I have not seen Everest from Nagarkot in Nepal. On a clear day, looking south from Tiger Hill, the city of Karshiang is also visible.
I spent that day and the next day in Darjeeling. Returning from Tiger Hill, we all came down the many stairs together, in a place like a busy market. From there I rented a battery car and drove around several famous spots. First I went to Padmaja Naidu Zoological National Park. India’s tallest zoo is located at an average height of 6,000 feet above sea level. There were discounts for tourists from SAARC countries. I went inside and took pictures of the traditional dress of the Gurkhas. Then I looked up and down the steep path in the middle of the hill.
Wild animals kept in large enclosures. Some have to be seen from quite a distance. Many rare animals living in the highlands of the Himalayas have been preserved. I saw the snow leopard, the Tibetan wolf, the red panda for the first time in fascinated amazement. There have been successful breeding of snow leopards here. It has been a long time since I saw a black leopard in the forest, and I had the opportunity to see it in captivity. We walked along the inner path of this zoo to the Himalayan Mountaineering Institute.
HMI is said to be the pilgrimage destination for mountaineers around the world. It was founded in honor of Tenzing Norgay, who first set foot on the summit of Everest with Hillary. The buildings are being renovated. Arranged various monuments of mountaineers. I looked around. Then I stood in the courtyard surrounded by railings. Surrounded by vegetation. Their gaps can be seen far away. The restaurant there is famous. After waking up in the morning, there was no water in Wafika’s stomach, she was fed egg pos. We also had a light breakfast. Everything went on sitting in the courtyard to see the view around.
The next destination is Happy Valley Tea State. However, a short journey was interrupted on the way. There are two huge stones on either side. The rock on the left is Tenzing Rock, named after Tenzing Norg, and the one on the right is Gumbu Rock on the right, named after Tenzing’s nephew Nawang Gumbur. Mountaineers at the Himalayan Mountaineering Institute are trained to ride these giant rocks.
Happy Valley Tea State, founded by British planters in 1854. In the beginning I had fun drinking tea in the tea garden restaurant. Then I started walking along the narrow, sloping path in the middle of the garden. I have seen many tea gardens in Sylhet and Chittagong, but its specialty is in the height, it is one of the tallest tea gardens in the world. It was beautiful to see the gardens on the hill from above. Here are some tea bushes that are about a hundred years old. Wafika was very surprised, she did not even imagine that there could be tea gardens in other countries. He said, ‘Bapi India also has tea gardens!’ Most of the tea gardens in Bangladesh no longer have cheetah tigers, but this garden is an exception, of course it applies to many gardens in India. Sitting in Dhaka, I heard that wildlife-loving tourists were thrilled to see a cheetah tiger in this garden just two miles from the mall last year.

Got very scared. He said he shouldn’t have come to this quiet place, it feels like a place of death. With the worry of leaving Wafika, the driver went missing in a secluded place in Vidarbha, Poonam also fell into tension. The faces of the two are covered in thick black clouds. Khalamani started crying when she could.
Fear, tension, these are big contagions. I felt a little uncomfortable. A few days ago, local Gorkha Nepalis protested against Gorkhaland. If that anger falls on the tourist. Feluda is not in Darjeeling, if anything, who will solve the mystery? I started shouting and calling the Nepali driver. After a while Sara Mill suddenly came out from behind a hill on the right. Went around a bit to respond to the call of nature. To be honest, this Nepali driver was a very good man, even though he was a little shy. I went to Kalimpong with him the next day. The road from Darjeeling to Kalimpong is breathtaking. That road and Kalimpong tour will be in the second phase,
We didn’t get on the toy train. Don’t miss it, and the cable car of Darjeeling’s big attraction, which was closed when I went, will ride in it! Feluda’s book also describes seeing Kanchenjunga from Observatory Hill, you can see the sunrise from there too! If you want to spend time alone, you can stay in a home state. If you search the net a little, you will get the address. The cost will not be too high. Before leaving, those who want to get a glimpse of old Darjeeling can read the book in search of Parimal Bhattacharya’s Shangri-La. 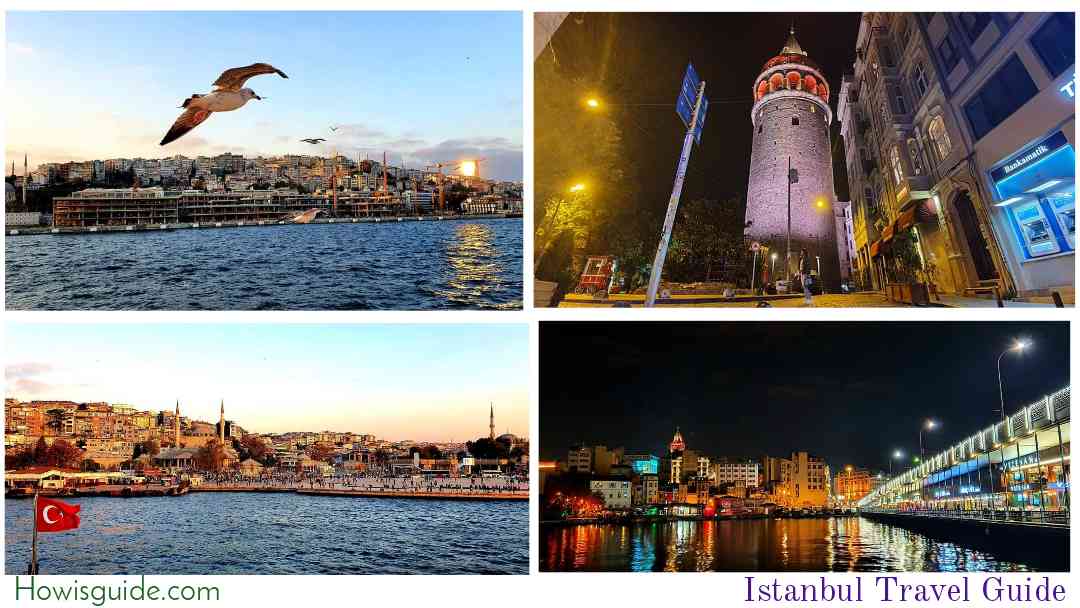 How to Travel Istanbul during Covid-19 Quarantine Days 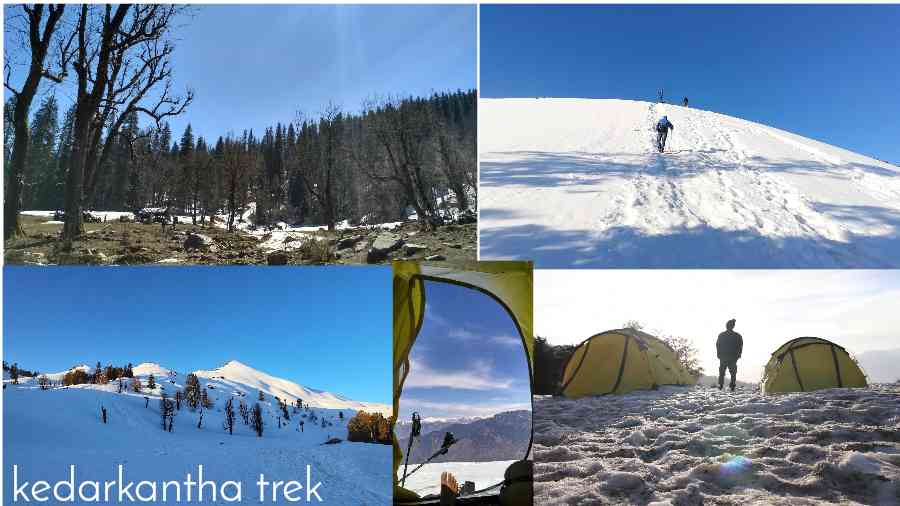 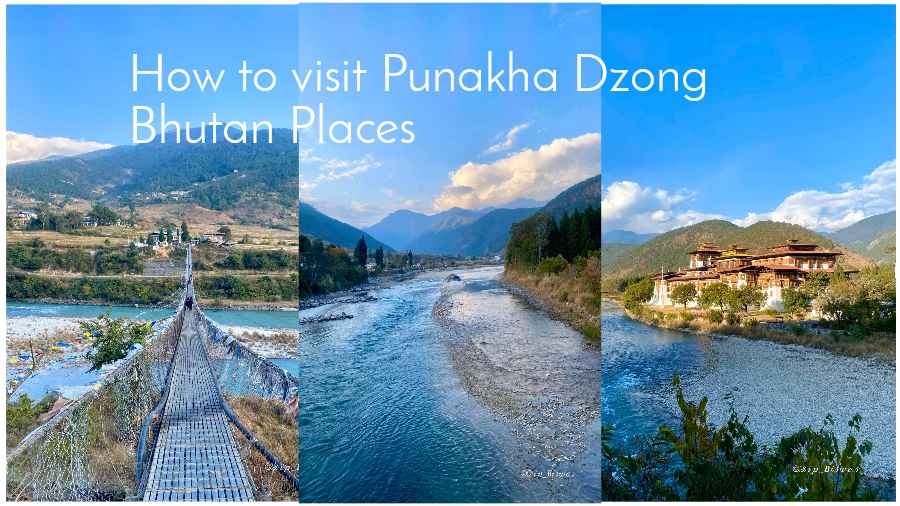 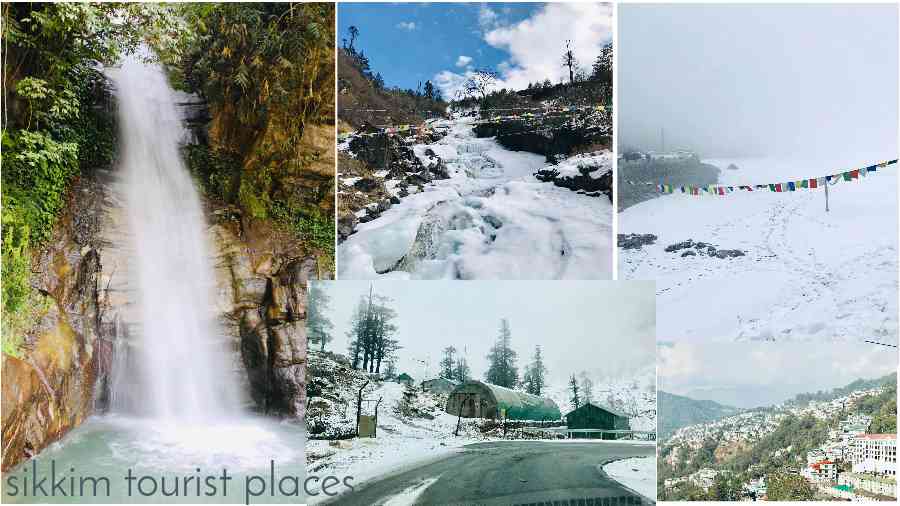